Piano for Youth © guides students into realizing their full potential through music education, community service and public piano performances. The organization was founded in 2003, under the direction of award-winning, Broadway composer Diana Wharton Sennaar. A prolific music educator and former Howard County Public Schools music teacher, for more than a decade she has taught over 200 students by traveling directly to their homes in Anne Arundel County, Baltimore City, Baltimore County and Howard County in her home state of Maryland. Piano for Youth’s schedule of public performances includes an annual fundraiser held at Johns Hopkins University for the past eight years and an annual Summer Music Theory & Math Camp which expanded in 2011 to include math instruction. ​ 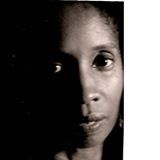 Her work as a composer has garnered her such prestigious awards as the Guggenheim Memorial Fellowship, National Endowment for the Arts (NEA), Maryland State Arts Council, Meet the Composer Grant and New Music America. She is also a founding member of the internationally renowned vocal ensemble, Sweet Honey in the Rock.

As a composer, her credits include music for the Broadway hit: “For Colored Girls Who Have Considered Suicide When the Rainbow Is Enuf” and the PBS children’s production, “Getting To Know Me”. Her discography includes seven recordings. She has also taught music in the Howard County Public School System. She has performed at such prestigious venues as the Smithsonian Institution, Brooklyn Academy of Music, the Cincinnati Art Museum, the High Museum, Artscape and the San Antonio Festival.